If you’re a techie, Dublin is the place to be 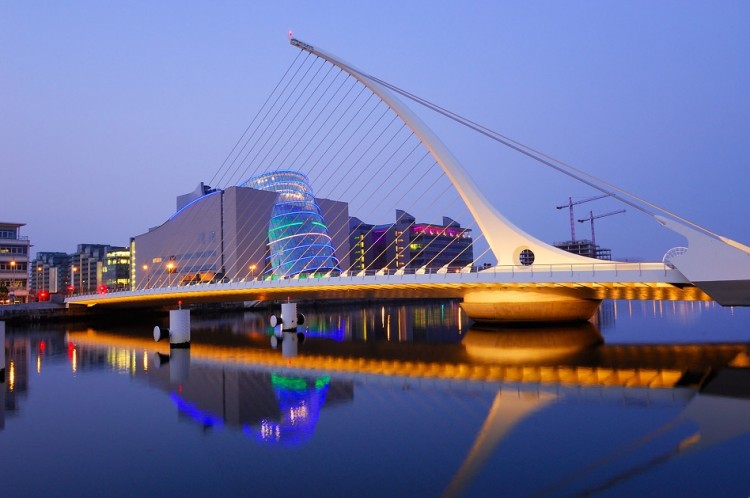 In June 1991, Trinity College Dublin became the first organisation in Ireland to connect to the internet. Looking back it is hard to remember how revolutionary this was – and how slow! The connection was a 19.2 Kbps telecoms link shared with a Trinity start-up called IEunet.

In the past twenty-five years, the internet has become as ubiquitous as the telephone – 85 percent of Irish homes have an internet connection, as do an impressive 97 percent of Irish businesses, and a third of these are involved in selling online.

From small beginnings Ireland has grown into a global tech player. Dublin’s Grand Canal Dock – nicknamed Silicon Docks – is where you’ll find multinationals such as Google, Facebook, AirBnB and TripAdvisor. In addition Amazon, Twitter, Etsy, HubSpot, and Groupon, LinkedIn, Eventbrite, Stripe and 250 more global tech companies have Dublin operations. In fact, 80 percent of the world’s global tech companies have a Dublin base – that’s more than any other city in the world.

Dublin’s multinationals employ thousands of people. Google in Dublin initially started with a staff of about 80 people; now over 5,000 people work for the search engine giant. Both Facebook’s and Amazon’s Dublin office have grown from around 80 to over 1,000 staff, and companies like Twitter and AirBnB have seen their Dublin office expand substantially since setting up in the capital too.

There are many good reasons why so many tech companies have made Ireland their home. There’s the country’s attractive corporate tax rate, of course, but more importantly Dublin acts as a bridge between Europe and the US. Dublin is where innovative US tech companies come to scale globally, but it is also the best base for European start-ups to jump off into the US market. Plus Dublin Airport is well connected to both the US and Europe. There are many, many daily flights to US destinations; London-Dublin is the second busiest air route in the world; and Europe’s key tech capitals are all within two hour’s flight away.

Brian Halligan, CEO of HubSpot believes Dublin has the potential to be second only to Silicon Valley for the ability to scale-up. Halligan is putting his money where his mouth is. In recent months the company announced plans to create 320 new jobs at their Dublin base, which is affectionately known as DubSpot.

“Dublin should be number two in the world. But one thing for certain is Dublin is the scale-up centre. All the companies are getting scale and HubSpot is one of them. Fast-expanding companies are crazy if they don’t come to Dublin, in my opinion,” said Halligan in an interview with Silicon Republic.

Ireland has also had notable start-ups success with innovative companies such as Ding, 34DMedical, FoodCloud and of course, Stripe. Dublin is home to over 1,200 start-ups, and the city offers incubators, accelerators and venture capitalists too. Last year, over €265 million – or $300 million – in funding was secured by Dublin based start-ups, and nearly half of this came from international investors.

All this means one thing for job seekers – there is lots of work here. In fact, Ireland – Dublin especially – is crying out for skilled techies.  This is one of the reasons why ICT workers are listed as one of Ireland’s Highly Skilled Eligible Occupations making it easy for qualified professionals to get a work visa to the country.

Whether you are seeking work in the ICT sector, looking for a new career challenge or considering relocating to Ireland, Virtual Expos online recruitment fair for the Computer and IT Sector on 28 July is the place to be. There’s no fees, no downloads and no hassle – just some of Ireland’s best tech companies looking to recruit talent. Don’t miss it.